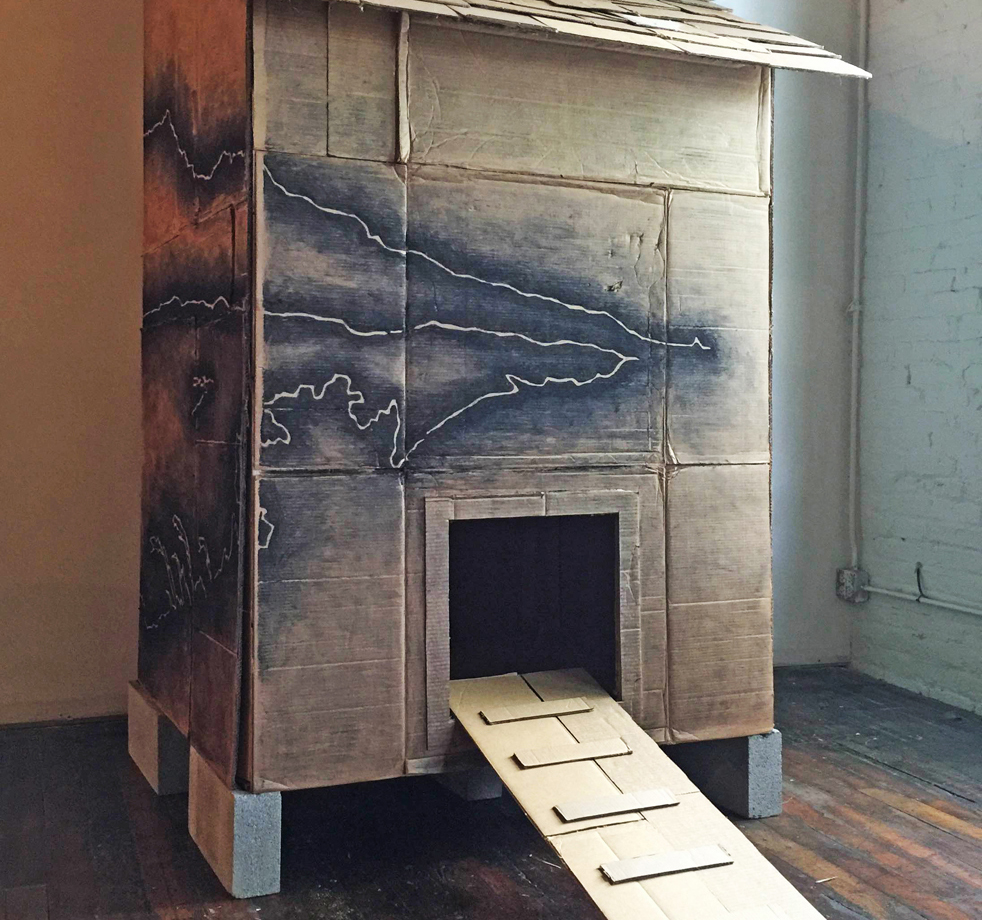 Robin Dluzen has created a full-scale replica of one of the henhouses on her parents' property in Michigan. Covered in charcoal drawings, made of impermanent materials, and divorced from its productive use, this work speaks to the artist's remove from an aspect of the culture in which she was raised. Installed in the gallery project room, this piece takes on an imposing scale by forcing an unavoidable intimate relationship with the object in a diminutive space. Rather than nostalgically celebrating the animal world, Dluzen introduces a critical look at the interaction of humans with the sources of their food; chickens as instinctively motivated, useful creatures for which there is no need for sentimentality. The relationship between the chicken and the henhouse is a cooly, efficient economic relationship. 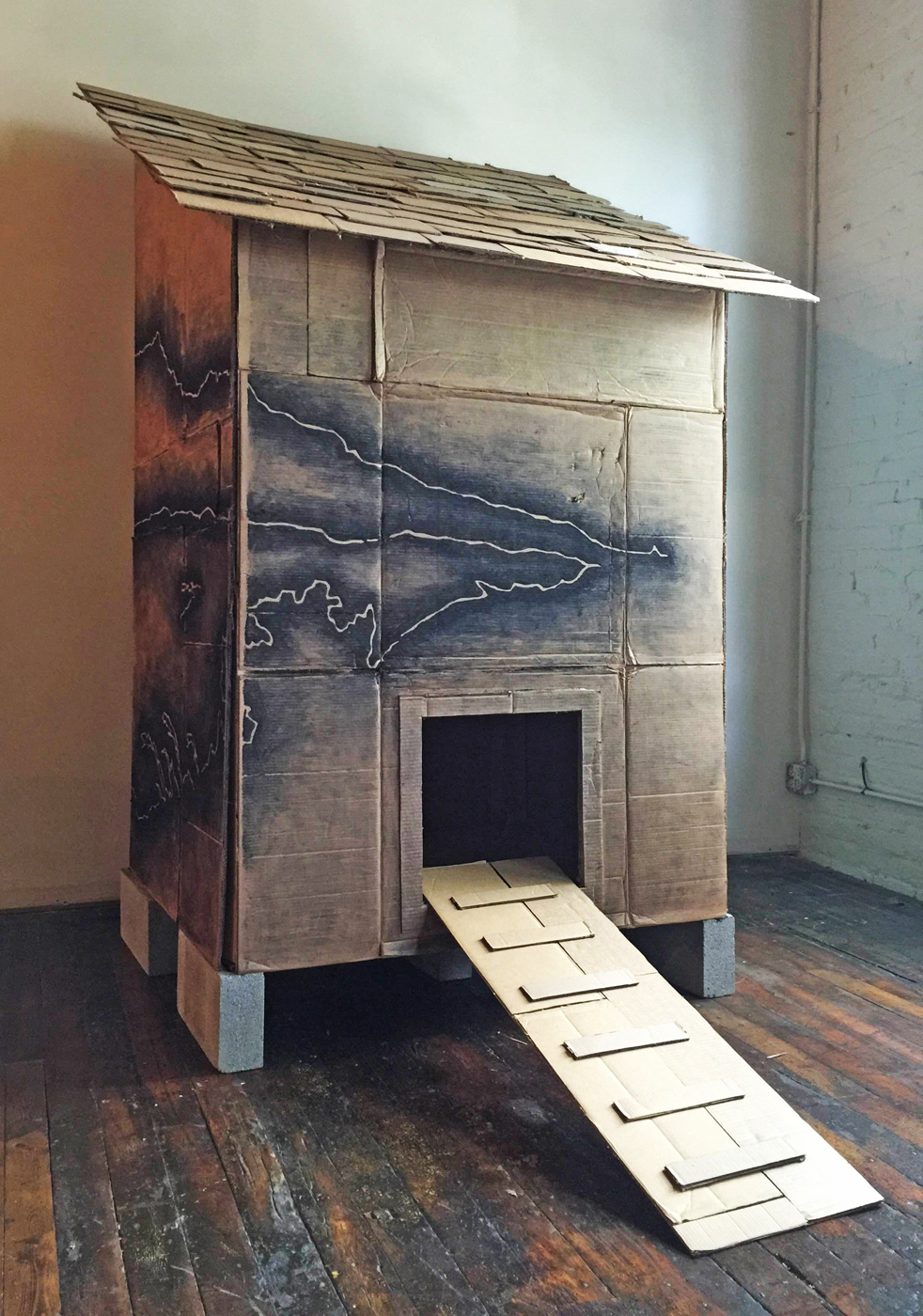