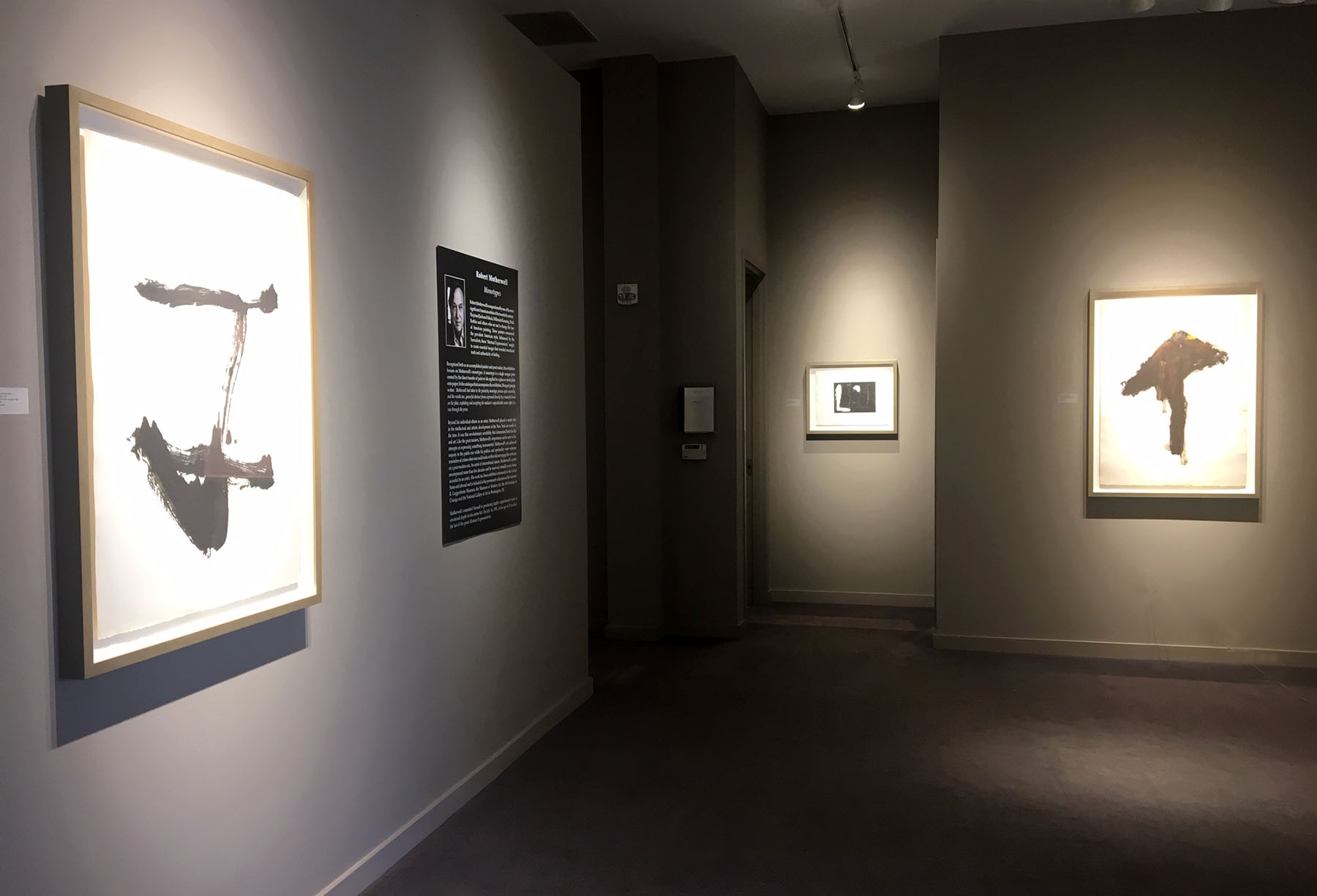 Robert Motherwell is unquestionably one of the most significant American artists of the twentieth century. He joined Jackson Pollock, Willem de Kooning, Mark Rothko and others who set out to change the face of American painting. These painters renounced the prevalent American style. Influenced by the Surrealists, these “Abstract Expressionists” sought to create essential images that revealed emotional truth and authenticity of feeling.

Recognized as both an accomplished painter and print maker, this exhibition focuses on Motherwell’s monotypes. A monotype is a single unique print created by the direct transfer of paint or ink applied to a glass or metal plate onto paper. In the catalogue that accompanies this exhibition, Morgan Spangle writes:  Motherwell had taken to the painterly monotype process quite naturally, and the results are...powerful abstract forms expressed directly by a masterful hand on the plate, exploiting and accepting the medium’s unpredictable nature after it’s run through the press.

Jerald Melberg Gallery will host a coffee and discussion with Jennifer Sudul Edwards, Ph.D., Independent Curator, and Morgan Spangle, Executive Director of the Dedalus Foundation, on Saturday, March 23 at 11am.  This event is free and open to the public.

A catalogue accompanies the exhibition. 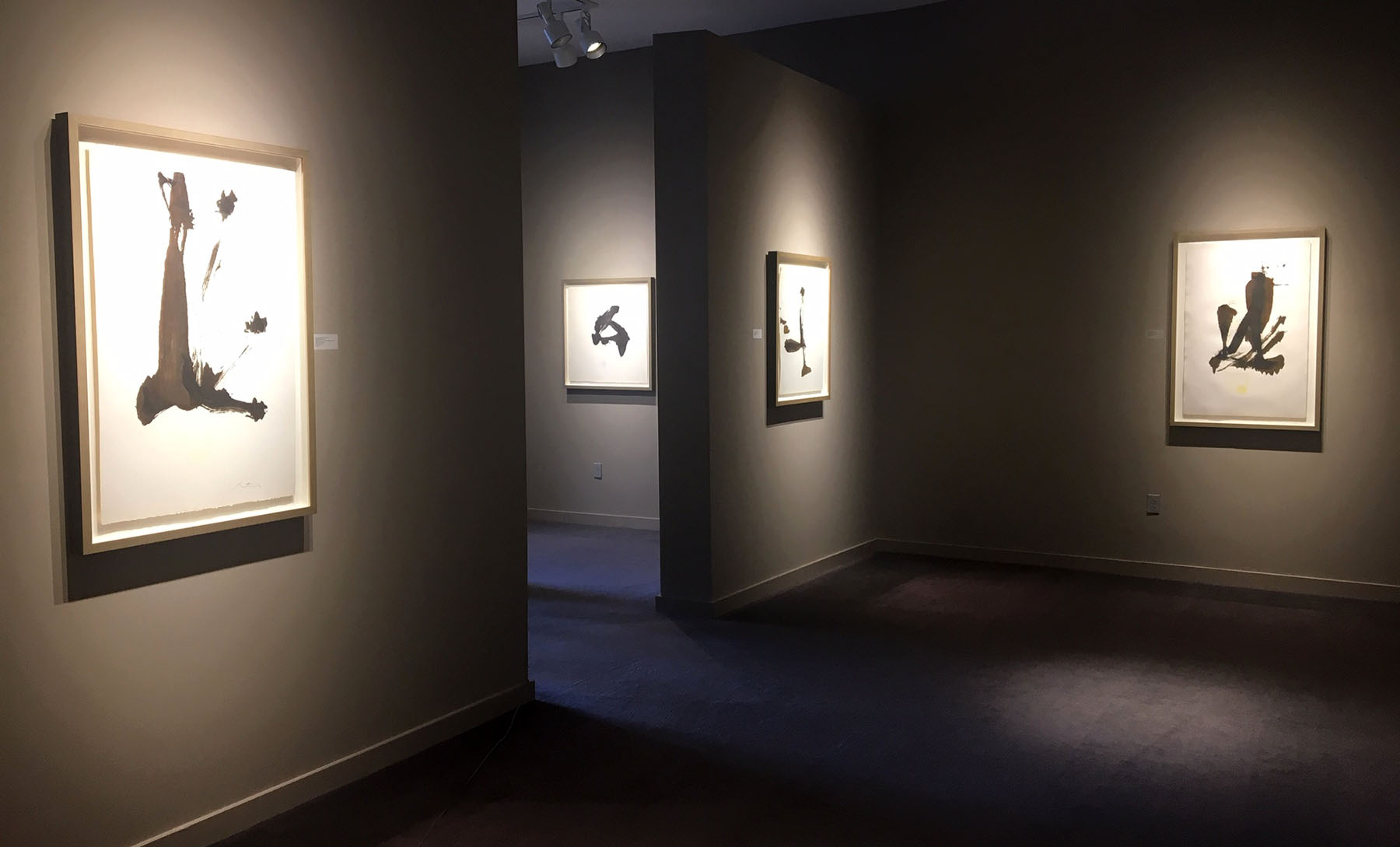