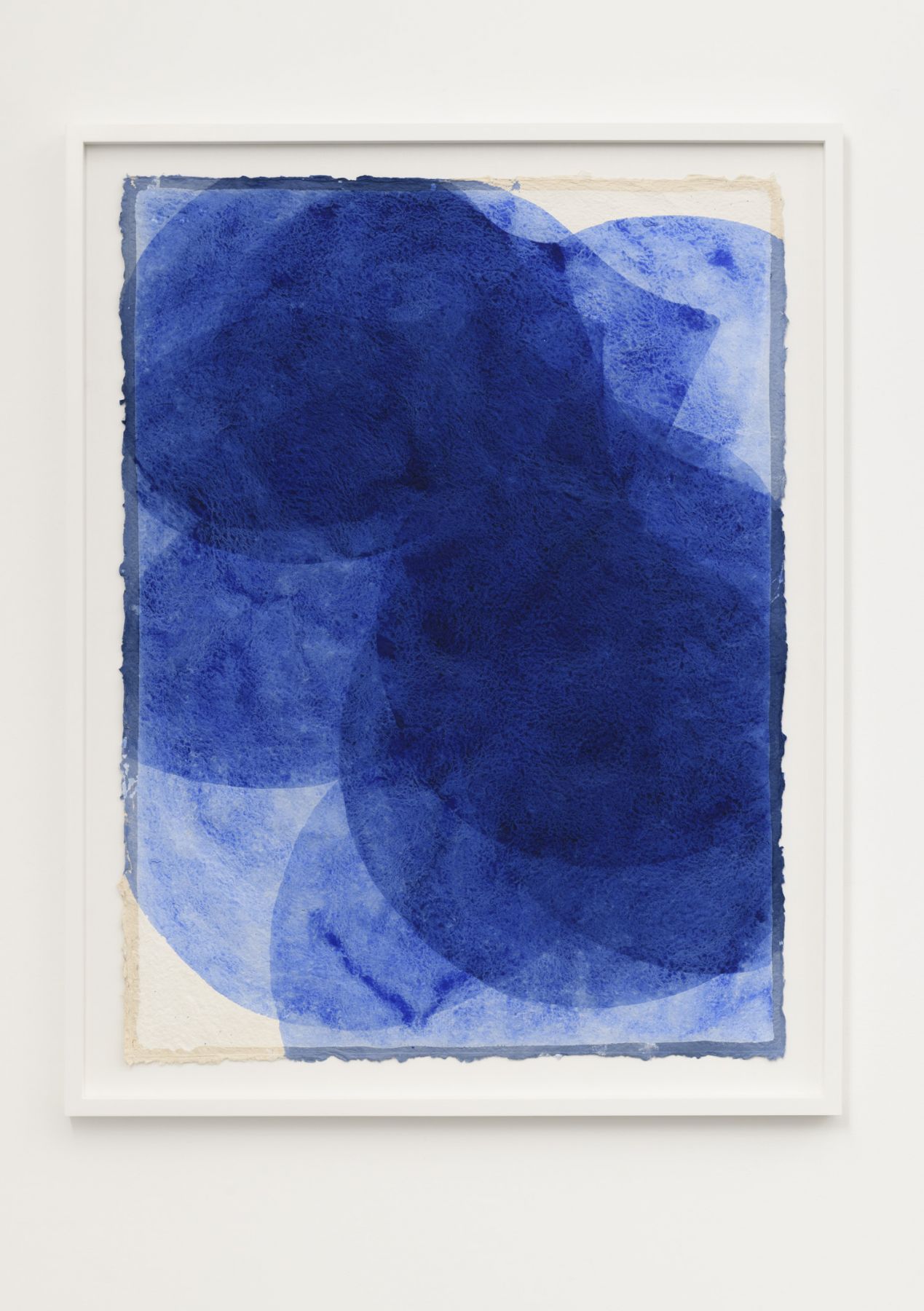 Leslie Sacks Gallery is pleased to present an exhibition of California-based artist, Marc Katano's recent large-scale paintings on paper, along side a selection of unique monotypes from the late-nineties and mid-2000s.

Born in Tokyo, Japan, Marc Katano's paintings and monotypes exhibit the essence of Japanese mark making which is steeped in the gestural and fluid motions of calligraphy. Within his monotypes, he employs dynamic ellipses as a kind of visual vocabulary. Katano paints these forms repetitiously to express his sensibilities, yielding innumerable stories and interpretations. Painting and printmaking are both constructively challenging for him, but printmaking presents an inherent difficulty, as the printed image is the reverse of what is painted on the plate matrix. This adds complexity for Katano given the organic and spontaneous nature of his process. He spent nearly a decade (1998-2006) at Pelavin Editions in New York where he produced three monotype series--Sluice, 1998, Natsu, 2001, New York Loops, 2006. This exhibition features examples from the New York Loop and Sluice series. He worked solely in water-based inks and paint for the monotype etching plates and used at least three plates for each composition. The final layer of ellipses was drawn by hand directly onto the paper using a sharpened stick with white gouache.

During the late-nineties and mid-2000s, color was of primary importance in Marc Katano's paintings. Years later, he began painting calligraphic, gestural characters on heavy Nepalese paper and color became less of a concern. This paved the way to his dense black/white and blue/white abstract expressionist compositions within the last decade. Echoes of the ellipses from the monotypes are evident in the fanned-out contours of the acrylic works on paper, which further impress in the varied washes of vibrant cobalt. Katano's paintings are emotional and expressive, without requiring superfluous meaning. They emphasize the act of inscription and are inspired by the human condition and the necessity of physical expression. Katano has shared, "Each mark represents nothing more than its own creation, and each piece finds meaning in the harmony of its own structure. While my compositions are organic in form, they are not intended to emulate nature. These forms are used repeatedly, as are letters to make words, but they represent nothing more than themselves. I want the­ viewer to stay with these densely layered paintings, and begin to see the interlaced whole." Katano appreciates the unpredictable challenge of painting on handmade Nepalese paper. Each sheet is thicker or thinner, more or less smooth than the last, giving way to spontaneous moments of discovery.