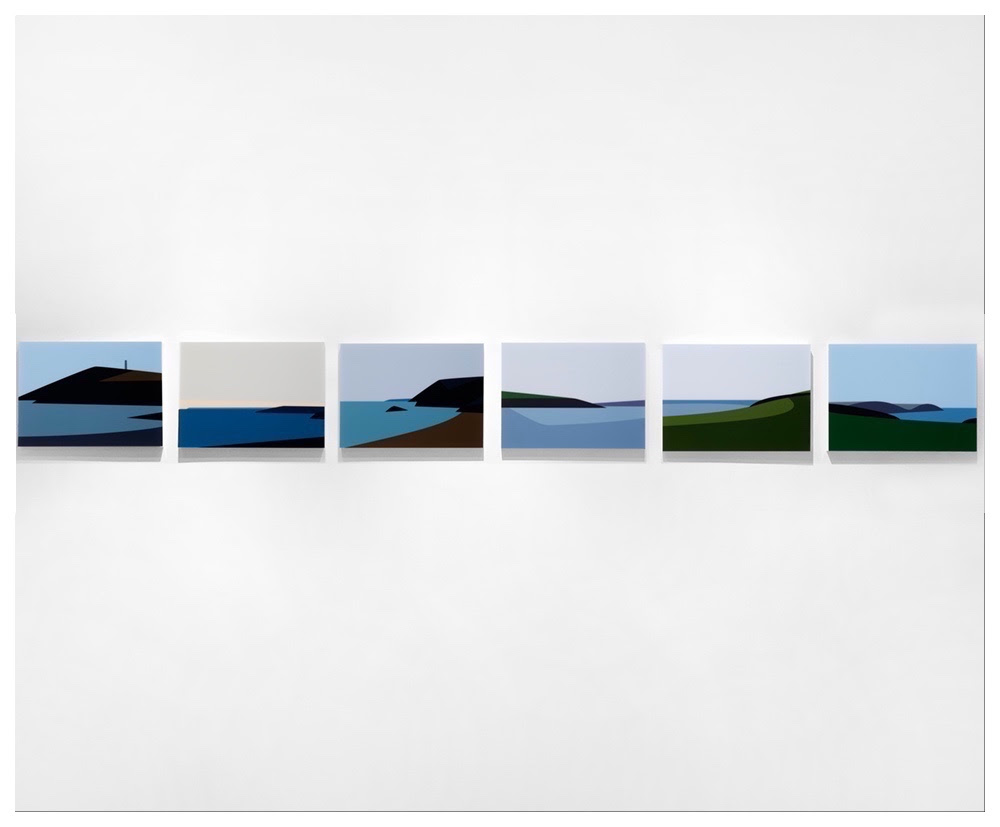 The exhibition includes a series of black-line relief silhouettes entitled Walking in Melbourne. as well as three-dimensional walking figures known as Melbourne Statuettes.  Additionally, the show will feature Crows., a whimsical, four-part animated light installation; Cornish Coast 2., a series of minimalist landscapes; and Heads., a suite of three-dimensional profiles on sprayed aluminum.  Also on view will be a Julian Opie self-portrait and the Nature 1. series featuring laser-cut aluminum wall reliefs depicting boats, pebbles, sheep and fish. 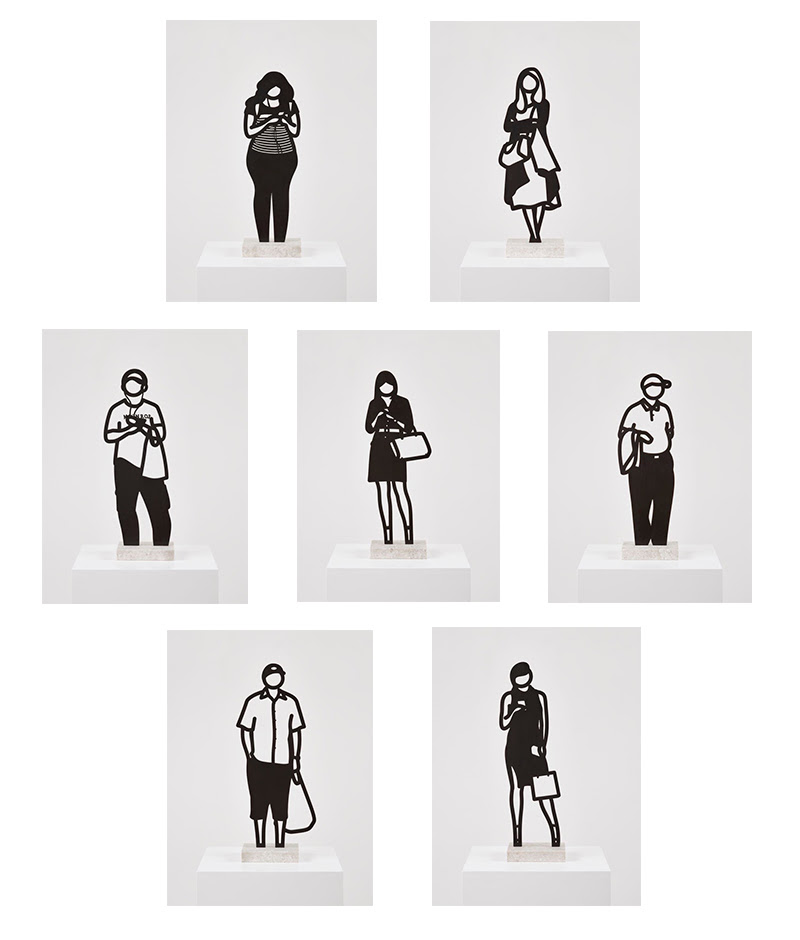