Although, Tissot is frequently classified as a Victorian artist, he actually only spent ten years in England. His early instruction in art was with La Motte and Flandrin in Paris. The fashionable women of that city became the subjects of many of his prints and paintings. The influence of Realism could be seen in his style if not his subjects, as forms and environments were depicted with meticulous detail and precisely graded tones.

Tissot went to England after 1870-1871, a year during which he was involved with the Franco-Prussian War. While in London, he worked with Seymour Haden, and added drypoint to his repertoire of intaglio media. Even in his English works, there is an indefinable flavor, which places all of Tissot’s oeuvre within the French School. Tissot’s etchings often show a “quality of melancholy and tension between the figures which gave them a much psychological input.” He was clearly influenced by the Belle Époque style and the overall feeling in his drypoints is certainly romantic and sheer decorative beauty.

Following his alleged involvement in the turbulent events of the Paris Commune (1871) he took refuge in London, where he lived from 1871 to 1882. He was just as successful there as he had been in Paris and lived in some style in St John's Wood.

His pictures are distinguished most obviously by his love of painting women's costumes: indeed, his work has probably been more often reproduced in works on the history of costume than on the history of painting. He also, however, had a gift for wittily observing nuances of social behavior. In 1882, following the death of his mistress Kathleen Newton (the archetypal Tissot model), he returned to France. In 1888 he underwent a religious conversion when he went into a church to `catch the atmosphere for a picture', and thereafter he devoted himself to religious subjects. He visited the Holy Land in 1886-87 and in 1889, and his illustrations to the events of the Bible were enormously popular, both in book form and when the original drawings were exhibited. 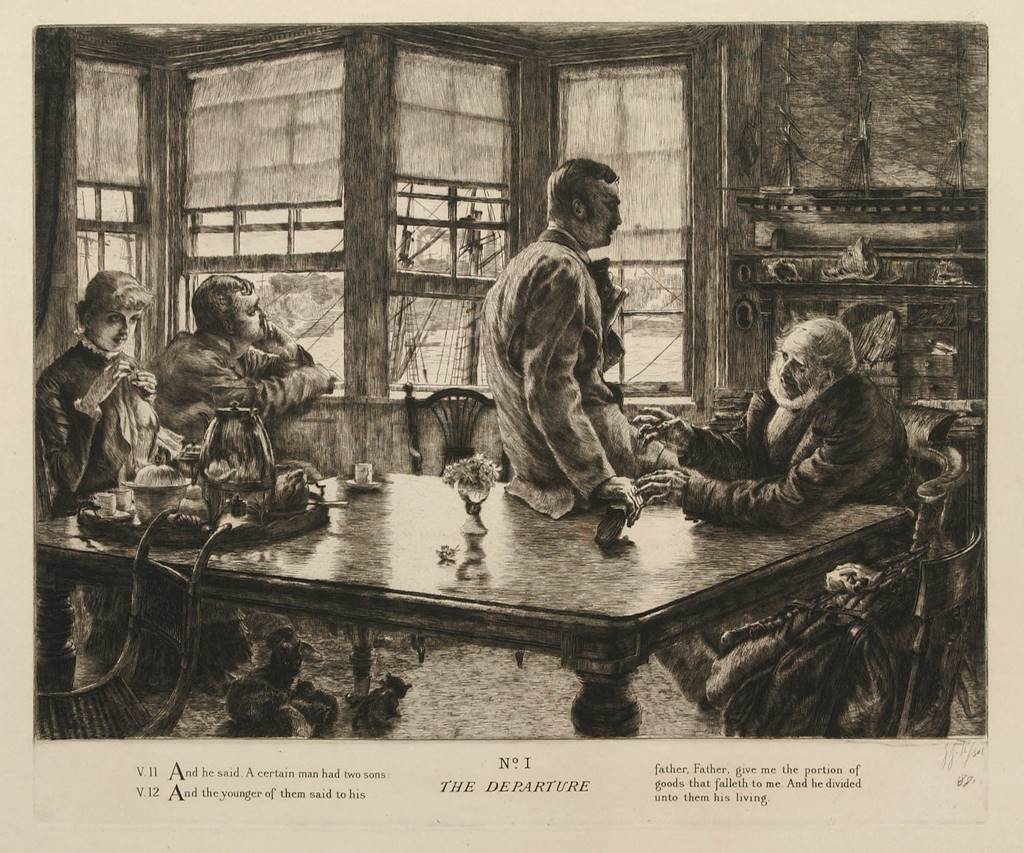