Fremont Ellis was the youngest member of Los Cinco Pintores, the 1920s society of Santa Fe artists. He and his colleagues, Jozef Bakos, Walter Mruk, Willard Nash and Will Shuster, created an awareness of contemporary art which was essential to the foundation of the Santa Fe artist colony.  Although each painter maintained an individual style, their friendships and philosophies held the group together.  Ellis, committed to an impressionistic style of painting, had an ongoing love affair with the natural light and beauty of New Mexico as seen in each of his colorful landscapes.

Born in Virginia City, Montana, Ellis never pursued formal education past the first grade.  His father's traveling life as a dentist and later a showman kept the family on the move.  At age 14, Ellis saw his first impressionist painting in New York.  He became intrigued and enrolled in the Art Students League.  Three months of formal training convinced Ellis that he could work out his own methods of painting.  Attracted by the growing art colony in Santa Fe, Ellis moved here permanently in 1919 to pursue his ideas.

There is an element of sheer pleasure in all of Ellis' work.  Each painting portrays a moment, capturing the atmosphere and emotions of the time.  Ellis' commitment to his career and the admiration of his audience are evident in his awards.  These include the Huntington award for best landscape in the Los Angeles Museum in 1924, the Hazel Hyde Morrison Prize and the Bronze Medal at the Oakland Museum, and a gold medal in 1975 from the National Cowboy Hall of Fame in Oklahoma City.  Nedra Matteucci Galleries held a major retrospective of Ellis’s work in 2001. 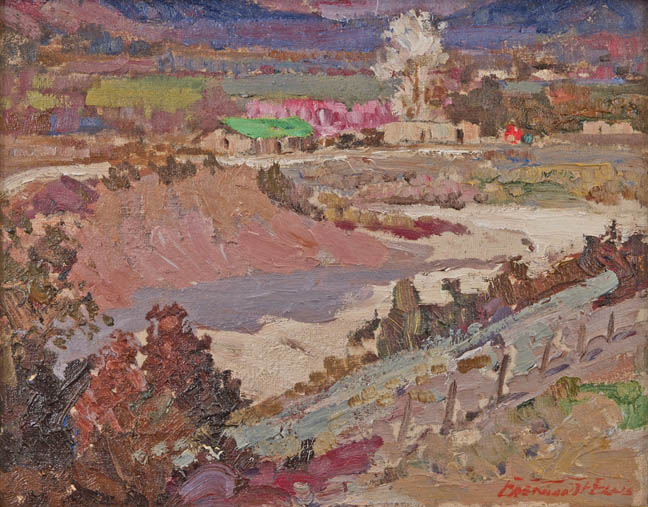 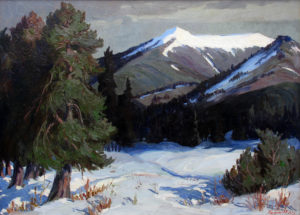