Painter. Born in San Antonio, TX on September 9, 1884, the daughter of English immigrants, William and Amelia Palmer. The Palmer family moved to California in 1886. Elsie grew up in Oakland and graduated from high school in San Francisco. After studying locally at the Best Art School, she worked as a commercial artist. He work took her to Chicago where she married artist Edgar Payne in 1912. The couple made several trips to California in the intervening years before settling in Laguna Beach in November 1917. The Paynes traveled and exhibited throughout Europe (1922-24) and, while there, her work was highly praised by the French critics. The Paynes permanently moved to Beverly Hills in 1932 and separated the following year. Maintaining residences in Laguna and Los Angeles, Elsie established the Elsie Palmer Art School in Beverly Hills in 1934. Working with watercolor, oil and tempera, she produced florals, landscapes and portraits in a flat illustrative style. Mrs. Payne moved to her daughter’s home in Minneapolis, MN in 1969 and died there on June 17, 1971. 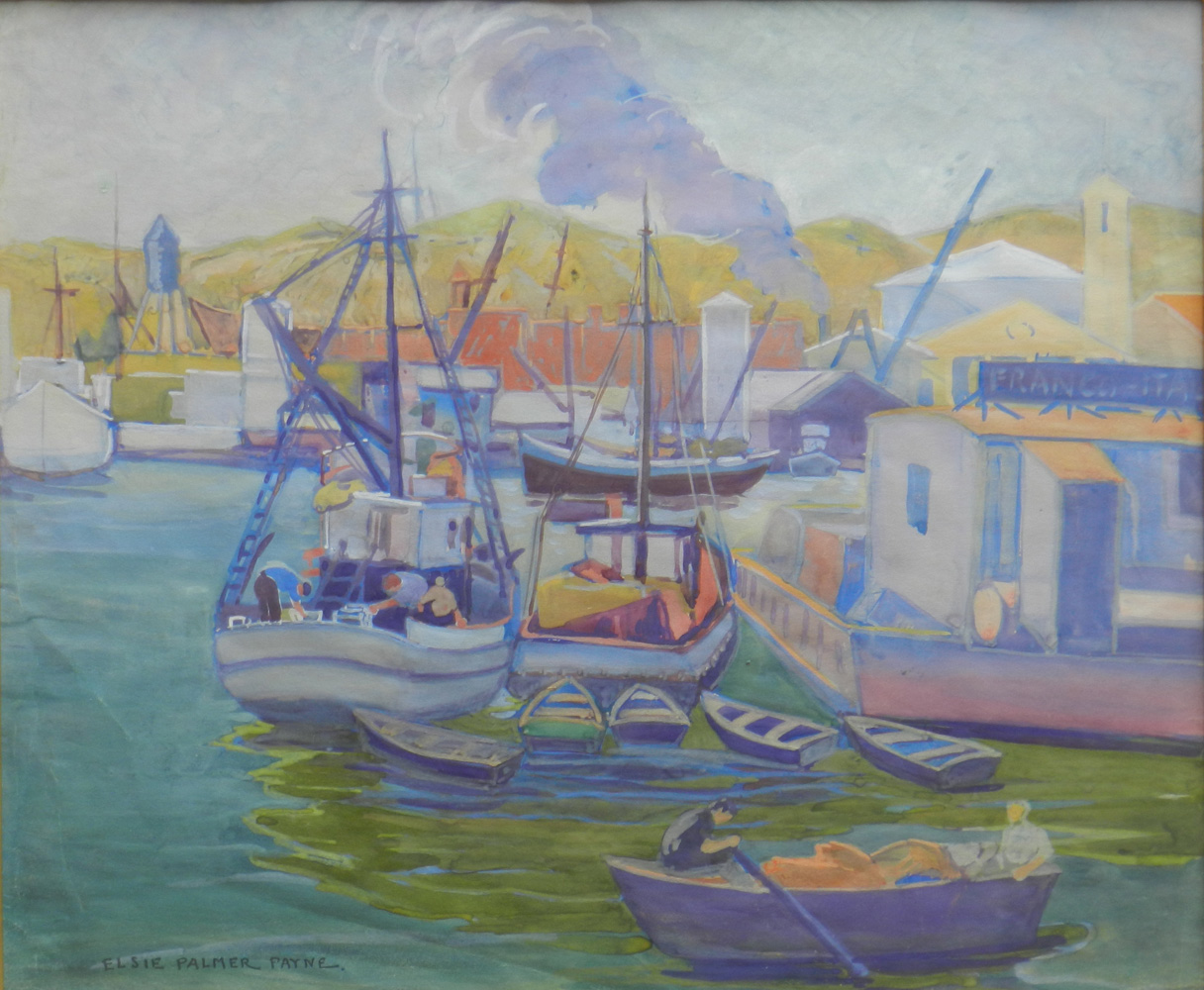