Edward Borein was born in San Leandro, California. At the age of 17, he left school to work with a saddlemaker. He then worked for several years as a cowboy, constantly sketching and occasionally sending his drawings to magazines for illustration. He spent a month in 1891 at the San Francisco Art Association, where he met Maynard Dixon, who would gain notice as an important painter of the desert country. Leaving art school, Borein hired on as a cowboy at the Jesus Maria Rancho in Santa Barbara and then at a ranch in Malibu. The owner, who admired the young man's sketches, staked him to an extended sketching tour of Mexico. When he returned, Borein joined the San Francisco Call as a staff artist, earning eight dollars a week - even less than cowboy pay. With Dixon, Borein toured the Sierras, Carson City and parts of Oregon and Idaho in 1901, returning to Mexico two years later. It was during this trip that he began making watercolors. In 1904, he settled in Oakland where he painted and produced some sculpture. After many years of marginal work, he became a very successful illustrator for the great magazines of the day: Harper's, Collier's, Sunset, Century, and Western World. He became one of the most popular artists in America, gaining national fame and associating with the likes of Russell, James Swinnerton, Maynard Dixon, Will James, Olaf Seltzer, Carl Oscar Borg, and such western celebrities as Will Rogers and Leo Carillo. In 1891, Borein started etching. He produced a large number of etchings that were very popular and sold well. At the suggestion of Russell, Borein went to Canada in 1912, where he worked for two years. In 1921, Borein married and settled in Santa Barbara where he lived for the rest of his life. He continued his etching and illustrating. He was called the "cowpuncher artist" and throughout his life he lived the part, always wearing the colorful outfit of the cowboy. He died in Santa Barbara on May 19, 1945, at the age of 72. 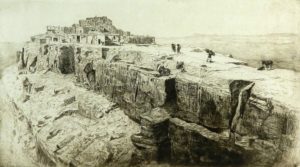 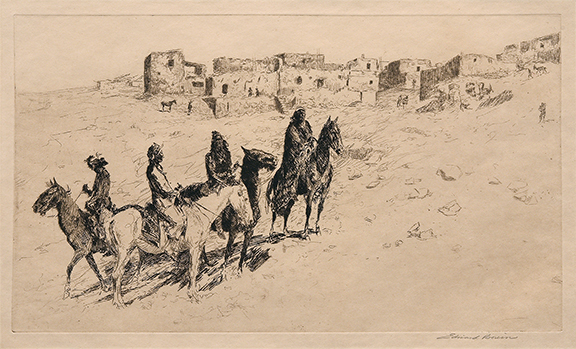 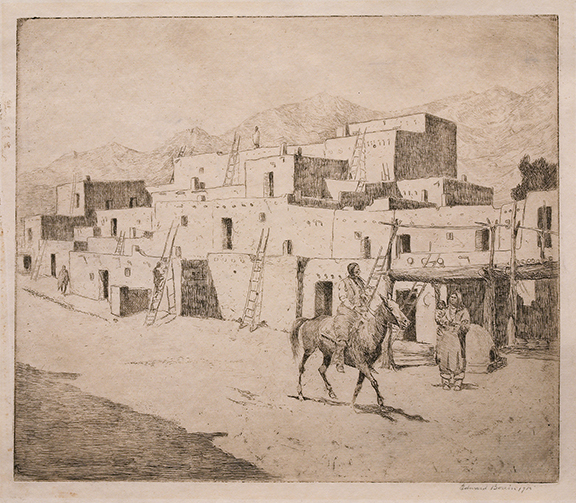 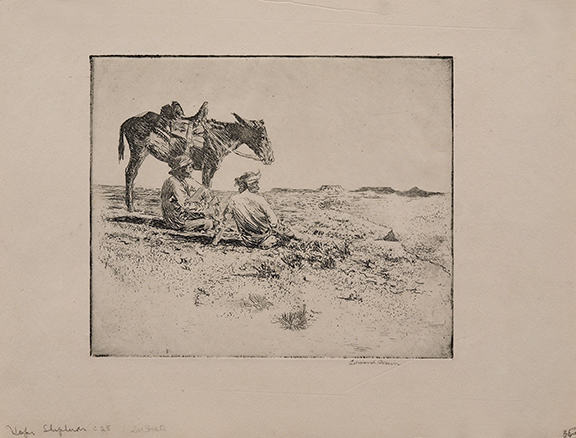 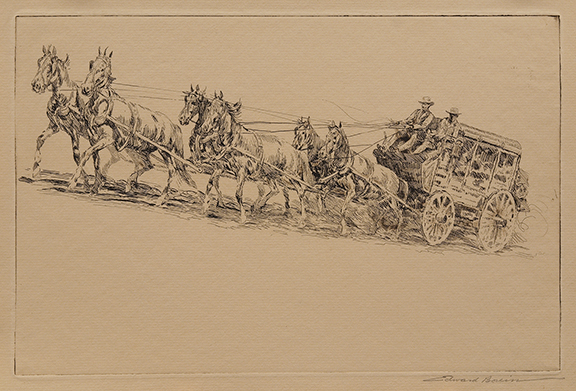 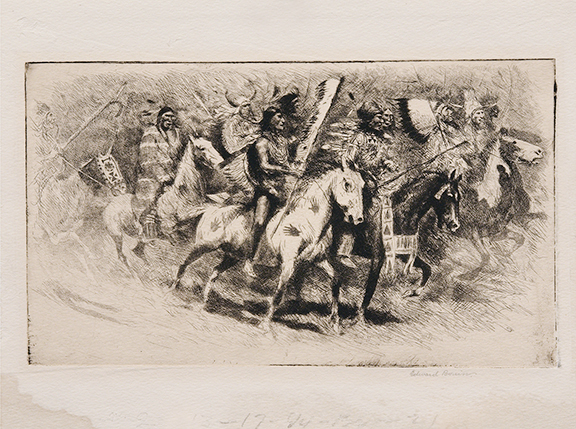 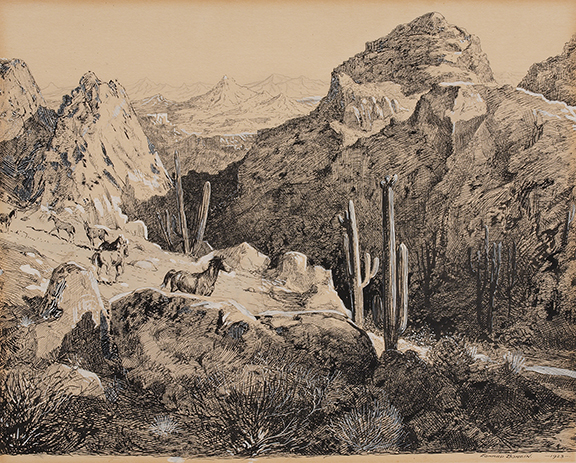 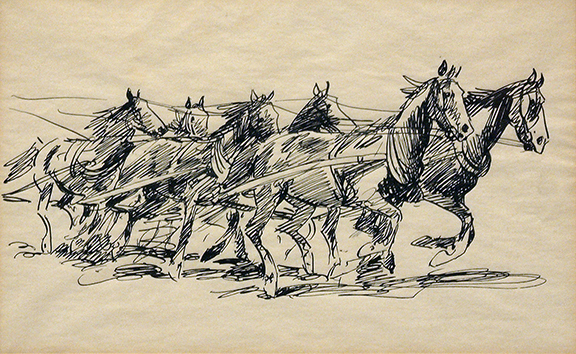