Painter. Born in York, Pennsylvania on June 18, 1888. Mitchell spent his childhood in New Jersey. As a teenager he prospected for gold and drove a stage coach in Nevada. He settled in San Diego about 1909 and studied at the San Diego Academy of Art (1913) under Maurice Braun. In 1916 he entered the Pennsylvania Academy of Fine Arts for further training. After his academic training and a tour of Europe on a scholarship, in 1920 he returned to San Diego where he remained for the rest of his life. His paintings done during his student days (pre-1920) were often signed “Fred Mitchell”. One of San Diego’s most renowned painters and teachers, he died there on November 9, 1972. 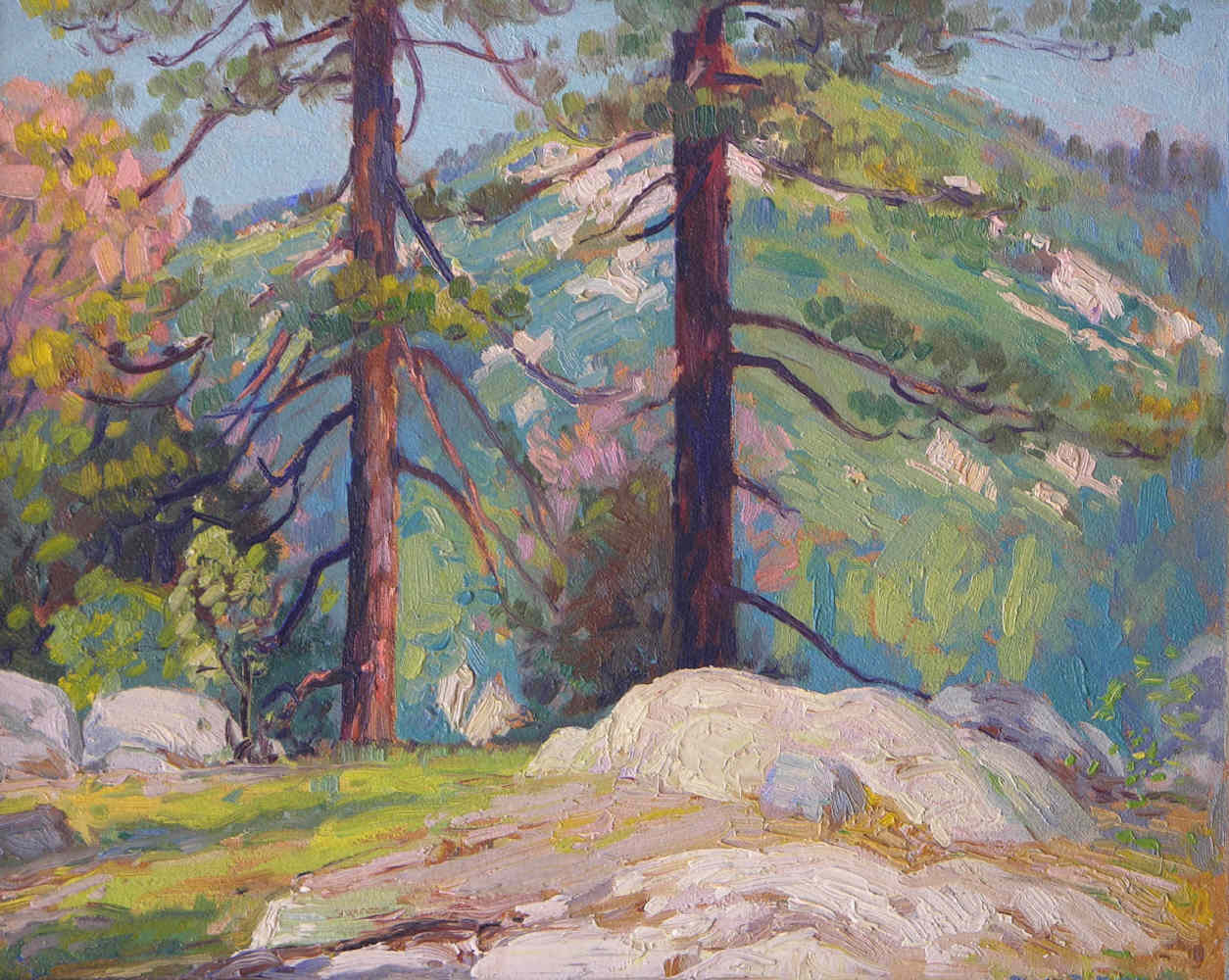